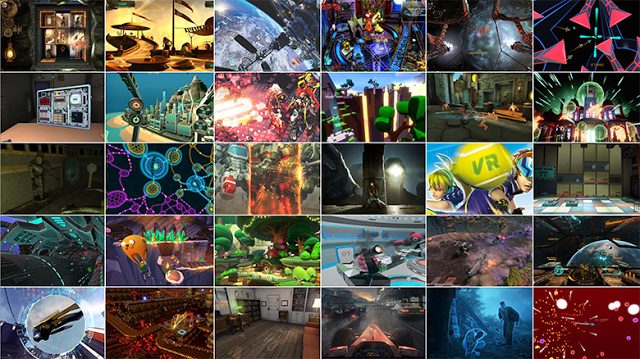 So you finally got a shiny new Oculus Rift and have already run through most of the launch content… so what now? Well rest easy because there is more fun out there to be had if you know where to look. For the longest time that Go-To place was Oculus Share but unfortunately not any longer. In its day, Share was the central repository for all of VR’s early tech demos and experiments. Sadly this past week, Oculus decided to pull the plug on Share and has taken the site down. Even though Oculus Share has now been put to rest, A lot of those older gems are still available for download on various VR sites.

So you might be asking right about now, “How does any of this help me to get more content for my CV1”? Well, thanks to one awesome developer over on Reddit users can now go back and relive some of the classics by using the latest build of his LibOVRWrapper 1.2.

So what is this Runtime Wrapper thing all about you might be asking? Well basically it is a set of files that allow for you to run some older demos that were built against the 0.6, 0.7, and 0.8 Runtimes. This opens up some of the classics that were so amazing during the early days of VR. I want to personally thank the developer, Kalavaras, for giving this gift to the VR community. I have had a blast seeing a few of my old favorites like Senza Peso and Doll City again in my new CV1.

Here is what you will need to do to make this work:

OK.. So now I have the runtime wrapper installed but where was it again you said we could get the content to use with it? Well one of the most complete sources I have found is over at WEARVR.com. This site has been around for a while and has established itself as an alternative platform for obtaining all sorts of VR experiences. WEARVR features both free and paid content for all systems represented.

Another great repository for those older demo’s is theriftarcade.com. Again this site has been around for a while and hosts both paid and free content for the Oculus Rift DK2 and CV1. So I hope you found this article useful. I think it is great that a single developer took the time to make sure that some of the paramount VR experiences from back in the day could be seen once again by all of Virtual Realities newcomers. As VR moves forward I’m sure we will see a lot of new and very exciting content coming out, but there’s just something to be said for going back and re-visiting the classics!   Let me know your thoughts on this subject and tell me about the older games and demos you have been able to run in the comments below.

7 thoughts on “What’s Old is New Again: How To Play Some Classic Content in the Oculus Rift CV1”