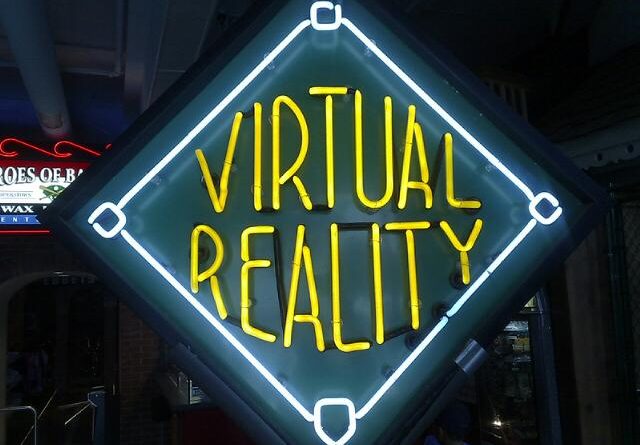 Over the past few years those of us who have been following VR will tell you that it is far from mainstream, but it seems that every day this is starting to change. VR has now emerged from the shadows of our small community and is rapidly becoming a mass marketing tool used to spread brand awareness. It seems like every other day I see a new gimmick ranging from cereal boxes to cola packages and now even the container my kids Happy Meal will be served in. It was only a short time ago that Google introduced the world to its low cost VR solution which is the Google Cardboard. This low barrier of entry device has been a gateway to millions of people bringing them into the VR fold with basic phone based experiences. While some would argue that this isn’t really VR I would tend to agree with them, but at the same time I do see it as a way to give people a glimpse of the potential this tech can bring.
I think one of the first times I saw VR used as a promotional marketing tool featuring a free VR viewer was when Volvo introduced the XC90 onto the market. Anyone interested in seeing the car before it was in showrooms could go onto Volvo’s website and request a free viewer that would allow them to tour the vehicle via an app downloaded through a quick scan of the included QR code.
The Volvo promotion seemed to light the fires and soon after we started to see this form of VR marketing pop up in many places. The New York Times sent out over a million viewers to its subscribers last year to promote viewing the news in a new way.
Kellogs soon after launched a cereal box that could be folded into a Cardboard style device. This was a big leap forward from those cheap plastic toys we all got in our breakfast cereal as kids.
Coca Cola is also toying with the idea to get in the VR marketing game by showing a concept of their product in a folding package that is aimed to bring a VR viewer to those who purchase it.
Then there is McDonald’s who has recently shown us a Happy Meal box that coverts into a viewer they call the “Happy Goggles”. A big question surrounding this viewer would have to be the ongoing debate of whether VR is OK for use by young children as obviously this would be the target audience. As a parent, admittedly I do let my daughters who are five and eight use my Gear VR and DK2 in small doses and have seen no problems with them having limited use of the devices, but would it be the same if this was their Happy Meal toy?
So why all of a sudden are we seeing this shift towards VR as a marketing tool? Well quite frankly it is a cheap and effective way for companies to get their message to the mainstream population which is also a cool and forward thinking idea far removed from traditional print adds. Some would say that these free viewers might be poisoning the well for VR, but I think it is the opposite. Receiving one of these devices is often the spark that gets most people interested in this emerging technology and in most cases is enough to get their minds racing as to it’s potential. So what do you think about VR’s impact on advertising? Leave me your thoughts in the comments section.