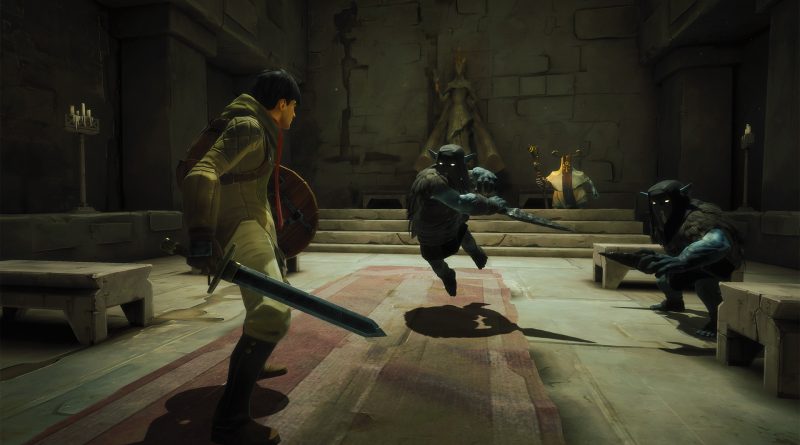 Over the past few years there has been a lot of debate on what is and isn’t a good perspective for VR games. Should VR only be experienced from a first person perspective, or can third person work in this new medium as well? There have been many experiments conducted since Virtual Reality was raised from the dead and let me tell you when it is done right, the third person perspective in VR is amazing! I know a lot of people debate that VR is supposed to be as if the player has entered a virtual world seeing it from there own eyes, but how about seeing that world as a God instead of just an inhabitant? This is a feeling that some third person VR games instil in people who play them. As of late, there have been a few great third person experiences I have played that I suggest taking a look at to better understand just how good this genre of VR gaming can be. Here are a few of the high-points I have had in third person VR gaming lately:

One of my absolute favorites in the Oculus Rift right now is Chronos. This game shines on so many levels. The environments are really well done, and even though the game is in a third person fixed camera perspective they create a great sense of immersion into the world. I have felt moments of true presence in this title!

Before the launch of the Rift myself and many others saw Lucky’s tale as a complete face palm of a launch title. After playing it for only a few minutes however, I could see the big picture and now understood why it was included. I really didn’t think I would like it as much as I do! At first it looked as if this was just a cutesy title for kids but man was I wrong. Lucky’s Tale brings that magical feeling of childlike wonder to most who play it in VR, not just children.

What can I say about Doll City other than WOW! This well made demo for the upcoming game left me speechless. The Cyber Punk atmosphere and crisp graphics of the Unreal engine make this game a must buy when it releases. Doll City also offers the ability to change into a first person camera for those who are still not sold on the whole third person in VR thing. Platforming in first person seems cumbersome though and I quickly switched back to the traditional camera.

Overall I think there is enough room in the VR space for all genres and perspectives in gaming. People will always have their own opinions on this subject, but after playing these games I am now sold on the concept of third person in VR and I can’t wait to see what new great new experiences in this style come out over the next year.

So what are your thoughts on the whole first person vs third person in VR debate? Let me know in the comments below.