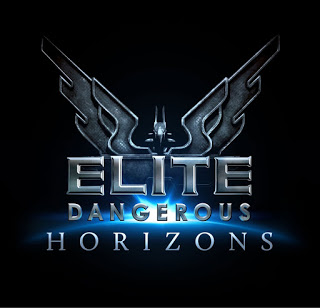 Several years ago in a galaxy not so far away, there was a great disturbance in the force… It was the death of a time honored genre of gaming. Gone were the games that I fondly remember such as the classic Wing Commander series, Freespace: The Great War, and the fantastic X-Wing vs Tie Fighter games. The good old days of climbing into the cockpit of my Banshee class heavy fighter to take out a few Kilrathi while playing Wing Commander, or engaging my enemies during an all-out space based war in FreeSpace had vanished.  Over the years as genres in the gaming industry sometimes do, the space sim just sort of died, but now almost a decade later we are about to see these types of games make a comeback all thanks to Virtual Reality.

If there was ever a style of gaming that screamed for VR support it has to be the space based shooter. Through virtual reality and a plethora of new space based titles coming soon we will have the ability to live out our wildest Sci-Fi dreams. Some of the oldest and most respected developers in the space sim canon have come back to the table with titles that aim to give us complete galaxies to explore and inhabit. Games like David Braben’s Elite Dangerous and Chris Robert’s Star Citizen could possibly be what space sim fans have always wished they could play. While these two games tend to be more like galaxy simulators, other space based titles coming to VR utilize an arcade action style. Games like CCP’s Eve Valkyrie or Rockfish Game’s Everspace look to put the player right in the middle of the fight.  If flying a starfighter isn’t your cup of tea, for an out of the cockpit experience VR space explorers can look forward to games like Three One Zero’s upcoming ADR1FT. These titles are just a few of the many new space based games coming to VR which have created a virtual space race of sorts.
Currently several VR enabled space based titles are in production or have already released is some form. The following is a breakdown of a few of the games we can play now, or expect to be consuming in the near future:
Elite: Dangerous
Elite: Dangerous is probably the most well-known of the VR based space games and is the only one currently available for retail purchase. It is fitting that Elite is VR’s first big space title repeating its claim to fame as being the first open ended PC space sim back in 1984. After a very successful Kickstarter, Frontier Developments were quick to embrace VR and its potential to enhance their massive project. Currently Elite: Dangerous is entering its second season of expansions with Horizons officially dropping on December 15th.  With the launch of Elite’s newest expansion, players now not only have the ability to exist in the game’s persistent galaxy, but can now also land on most of the airless moons to do a bit of exploring. Further planned expansions to the game will have commanders leaving their ships to go on EVA’s as well as going on planetside away missions and will even give us the ability to man different stations on the bridge of the same ship. For fans of shows like Star Trek this might just be a dream come true. Elite: Dangerous is currently available for purchase through Steam or on Frontier’s website for $59.99 and works with both the Oculus Rift and HTC Vive headsets.
Star Citizen
One of the most ambitious of all the current VR space sims currently in development, Star Citizen aims to put players into its own persistent universe. After the completion of a very successful Kickstarter in 2013 which brought in over 2.1 Million dollars from 34,397 backers, the game has been slow to release its VR support. During the early days of Star Citizen the Arena Commander module had rudimentary DK1 support but this was short lived. Currently, there is no official VR

support for Star Citizen but according to RSI it is coming in an update. The game has just released Alpha 2.0 to all backers, and with this update players now have the freedom to explore a single system in the game. There is still no VR support in the 2.0 update, but backers are hopeful that it will be added soon. Most of this speculation is due to the fact that the game uses a heavily modified version of CRYENGINE. Crytek recently added native support to its CRYENGINE which has given Star Citizen’s players another glimmer of hope that official VR support is finally coming.  However, as of the writing of this article no release info has been given for the planned VR support, or for the game’s final street date. Currently, you can gain access to Star Citizen by purchasing various ships at different prices on RSI’s website. Eve Valkyrie has been making the rounds at the various trade shows for a while and has been met with great enthusiasm from the crowds. Valkyrie started as a pet project by a small team of developers internally at CCP and has grown to be a confirmed pack in title for those who will be pre-ordering the Oculus Rift in Q1 2016. Valkyrie swings more towards being a multiplayer arcade style combat game than a true space sim. The graphics are outstanding and the game is fast paced. Fragging enemy ships with a group of your friends flying close on your wing looks to be great fun! Eve Valkyrie is slated to launch on the Oculus Rift and Sony PSVR systems. As for the price for this title CCP made this statement on the official site – EVE: Valkyrie is currently only available as a bundle with the Oculus Rift, while their supplies last. After Rift pre-orders end, the EVE: Valkyrie Founder’s Pack will be available for purchase on the official EVE: Valkyrie website, and from select digital retailers, at a price of $59.99 in USA. We’re still working on the exact prices in other countries and we’ll update as soon as we can.
ADR1FT Like something right out of the movie Gravity, ADR1FT Looks to put players in the role of a stranded astronaut. Floating through the wreckage of a destroyed space station with no memories and a space suit that is losing oxygen, all while trying to figure out what has happened and how to get home is what you can expect here. Ever since I saw Gravity at the IMAX, I couldn’t stop thinking of just how terrifying that scenario would be and soon this game looks to make those fears a virtual reality! ADR1FT releases on the Oculus Rift and Steam in Q1 of 2016.
EVERSPACE
The latest space combat game on my radar, and yet another successful VR Kickstarter is Everspace. This game is another title that looks to bring something different to the space sim genre. Everspace will feature single player rogue-like game play with a persistent progression and aims to provide easy-to-pick-up game play set in a nonlinear story line. Unlike Elite Dangerous or Star Citizen and more like Eve Valkyrie, Everspace is geared towards action oriented gameplay mechanics. The game was successfully kick started this year and has recently achieved Greenlight status on Steam. Alpha and Beta access packages are available for purchase now as well as a discounted digital version and collector’s edition available for pre-order from everpace-game.com.

So, it looks like my long wait for the return of the space sim genre is finally almost over. Overall I think that 2016 is not only going to be the year of VR, but the year of virtual reality space games. Soon it will be time once again to dust off those flight sticks and get back into the cockpit… See you around the Verse commanders!

* All images used in this article were sourced from Google Images

One thought on “The Virtual Space Race”