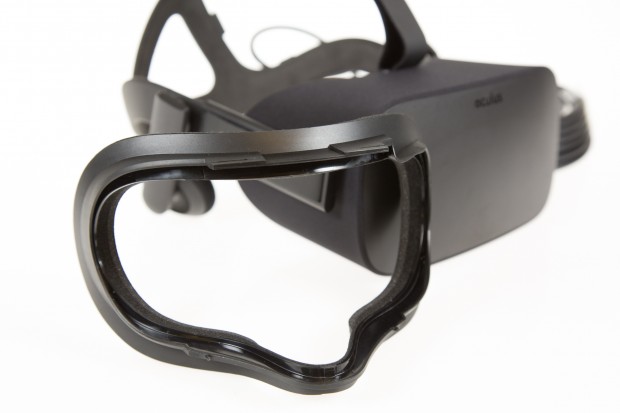 So after many years of waiting the Oculus Rift CV1 has finally been released into the wild. Although it has been a somewhat dismal launch for Oculus as a company, people are finally beginning to see a light at the end of the tunnel and getting their Rifts. Once received however, a lot of people come to find that their long awaited Rifts are not what they expected and produce horrible God Ray anomalies that are unfortunately introduced by the Hybrid Fresnel lenses that Oculus chose for the Rift. This seems to be hit or miss for most people and a lot of debate has taken place over on Reddit and other places. Some people are extremely annoyed by this new issue, but there are those who say they just don’t see them or are not bothered by it. There has been wild speculation over all sorts of things that might contribute to this artifact such as eye color or differing facial structures being the culprit, but no clear consensus has been reached. One night after piling though several posts on this subject I started thinking about it and decided to remove my Rift’s facial interface to see if it would make a difference and  low and behold it did! All of a sudden the God Rays were very much reduced and as a pleasant surprise, the FOV got much bigger. So with this new revelation I started trying different things to make the Rift more comfortable. Without the facial interface it did not feel very good having hard plastic resting against my face. I found that the foam from a Gear VR fit perfectly, so after a few small strips of double sided tape to hold it in place I put the unit on and was amazed at how much better it made my experience. The God Rays were muted and now pushed to my outer peripheral vision therefore no longer beaming directly into my eyes, and I started to feel more presence from the expanded FOV I gained from moving my eyes closer to the Rift’s lenses. If you are like me and the God Rays and low FOV bother you, then I highly recommend trying this mod. It is not permanent, so there is nothing to lose by trying it. If you try this Mod or find a better solution to this problem for yourself please leave me your thoughts in the comments below.

Edit: After receiving feedback from readers I have heard that the Samsung Gear VR Face Foam Pad from VRology works well. Here is a link to the product and VRology has also extended a 10% discount code through the end of July for the readers of VRSpies.com.