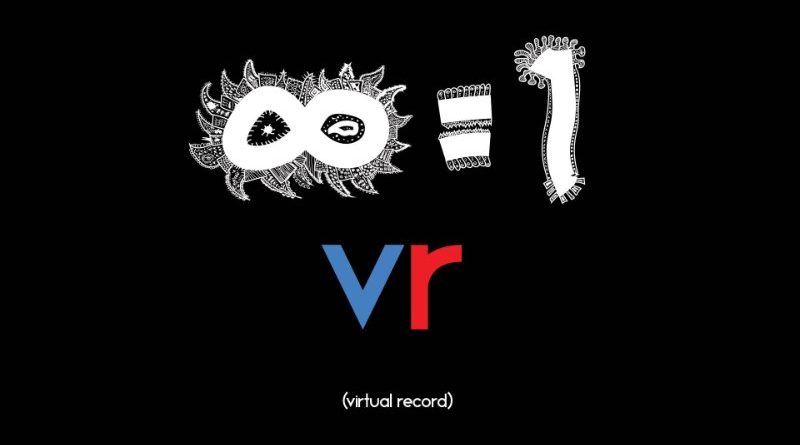 If there is one thing I love about VR it has to be the way it is re-shaping artistic mediums. These days artists and musicians are turning to this new outlet to express their vision in unique and creative ways. As a child of the Eighties I got to witness the rise of the Music Video industry. This was another exciting time where artists were presented with a new way of expressing themselves by adding visual storytelling elements to music. Today however through virtual reality performers have been given the ability to let fans become a part their vision and not just passively watch it on a television screen. Several musicians are already beginning to experiment with these new techniques. One of these new musical experiments that has really stood out for me is the virtual record, “Infinity Equals One” by Doublehead. The brains behind Infinity Equals One is the very talented musician Shaun Oster. As described on the Doublehead Music website, Shaun is a drummer, singer and composer. He studied music at Cal-arts, and now teaches drum-set privately. He has been composing for the last 10 years, but most recently over the last 3 years he began to study vocals. Shaun writes, “This music is all from my heart, and has brought me more happiness then can be measured. It’s my honor to begin sharing these musical stories with you.” Shaun’s music is not intended to be modeled after a style, he states it’s just what came out.

I first had the pleasure of experiencing Infinity Equals One back in September of last year when I stumbled across the app on the now retired Oculus Share site. At that time it was being billed as the worlds first album released in virtual reality and I just had to see what the buzz was about. After launching into the experience I was instantly mesmerized by just how effective the fusion of music and virtual reality elements actually was. The cool visuals and musical style resonated with me, and before I knew it what was planned to be a quick look turned into me staying immersed in the app for quite a while.

Now almost nine months after experiencing it for the first time, Infinity Equals One has been given new life on the Samsung Gear VR. The app was released into the Concepts section of the Oculus store and once again has been offered as a free download for all who want to try it. Infinity Equals One has grown a lot since the old Oculus Share days and now features several new elements including a full art gallery in the form of a hidden maze, and also some 360 degree video content that can be found by ingesting certain magic mushrooms scattered throughout the app. All of these secluded areas and Easter eggs encourage exploration by the users to find that next hidden gem. Shaun assures me that the app is far from finished and is primed for further updates one of which is YouTube streaming that would allow him to provide live performances.

Currently Infinity Equals one is available for the Gear VR and can be downloaded from the Concepts section.

You can read more about Shaun and the album at his website Doubleheadmusic.com and if you like the music in the app, it is available for purchase here: Amazon, Google Play, and iTunes.

I honestly can’t wait to see what comes next as this app evolves and grows. If after trying the app you find cool hidden areas or other Easter eggs be sure to share them in the comments section below.