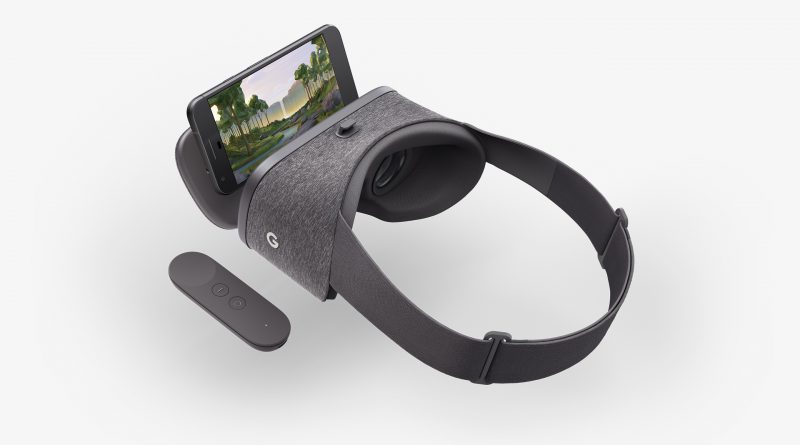 Today at the Made By Google event the tech giant officially announced its new Daydream View virtual reality headset and their first Daydream compatible phone Pixel. The Pixel phone comes in 2 different styles with the screen sizes for the phones showing the Pixel at 5″ and the Pixel XL at 5.5″ with the size being the only difference between the two. The specs of the phone are nice and it seems as if it was truly built with VR in mind. All are set to be available starting in November with the headset coming in at a price of $79 and the accompanying phones going for a price of $649 for the smaller 5-inch Pixel with 32GB of storage or $749 with 128GB of onboard storage and the price raises to $769 for the larger Pixel XL with 32GB, or $869 for the XL with 128GB. As for the Daydream View headset Daydream its design is made of foam and soft fabric for good comfort. It also features a wide eye-box that should accommodate most glasses. Google states that it weighs in at under 200 grams which will make it much lighter than its current competitor, the Samsung Gear VR. Similar to the Gear VR, Daydream View has a face mask that is secured by Velcro, which means  it is removable. The headset will also be available in different colors soon as stated during the event. Daydream View will launch with the Slate color first and then add a Snow and Crimson option at a later date. The included controller is also a nice touch and has a home button and menu button complimented by a clickable track-pad . The controller also has volume buttons on the side as well as internal sensors for motion detection. The Daydream controller however can’t sense the operators position in space, but does know which direction it’s aiming. This will not be a substitute for the positional tracking that is offered by the Oculus Touch controllers or HTC Vive wands we have in PC based VR, but is still a welcome addition to the Mobile VR world. When not in use the controller will tuck into a slot inside of the headset giving it a home for easy storage and making less likely to be lost in the couch cushions.

I will be following the development of this exciting new headset closely and can’t wait to see the possibilities it could bring to the world of Mobile VR.