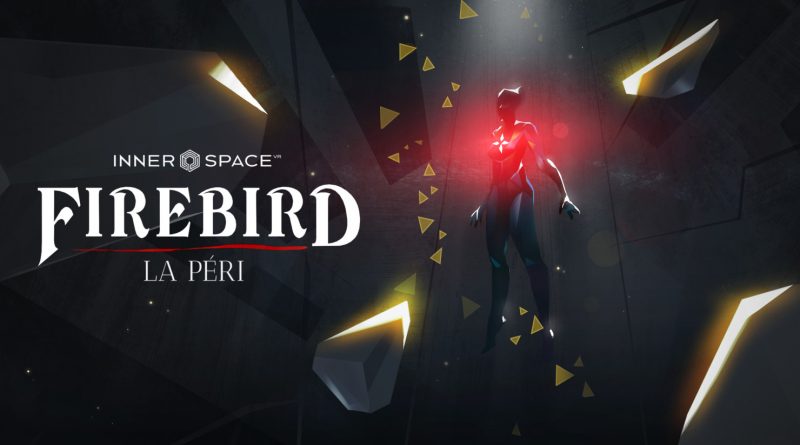 Virtual reality is quickly becoming the most engaging medium for content creators to tell fantastic stories and FIREBIRD LA PÉRI is a nice example of what can happen when the elements of great storytelling and the performing arts combine. FIREBIRD LA PÉRI is an interactive virtual reality experience that draws inspiration from Walt Disney’s FANTASIA. From its stunning visuals to the finely crafted music of Paul Dukas who subsequently also composed the music for Fantasia, viewers are magically transported into the story, not just as observers but as one of the characters. In the story of FIREBIRD LA PÉRI players are transported into another world where you must try to capture the pieces of the Prince’s heart to ensure your own immortality. However in order to do so you must take those pieces away from their guardian spirits who will try to bewitch you. At the end of the experience you are confronted by the most bewitching guardian spirit – La Peri who will dance with and around you  dazzling your senses. From the minute the experience began I was mesmerized. As I was soaking in the atmosphere of being present in this experience and stood on that virtual stage it hit me. I suddenly felt as if I was really there! It was almost like I was reliving my late teen years again most of which I spent doing productions in a local theater. The scale of everything was spot on and it really took me back seeing the backstage areas. Suddenly the platform I was standing on raised and a book was placed before me. As I opened it I could hear the familiar voice of well known actor John Rhys-Davies, who is best known for his role as Gimli in the Lord of the Rings Trilogy recanting a magical story. His soulful voice really brought the story to life and was a perfect fit for the content. I wont go into much more detail after this as to no spoil the tale of the LA PÉRI, but needless to say what comes next is a beautiful combination of storytelling and ballet mixed with beautiful visuals.

The experience while a bit short at a run time of just fifteen minutes is divided into three short acts with a finale that was absolutely stunning! Innerspace VR the studio behind FIREBIRD LA PÉRI used state of the art motion capture technology on a ballet dancer to bring the guardian spirit La Peri as well as other magical creatures in this experience to life. It was ultimately thrilling and quite presence inducing to see her dance across the stage twirling around me. The gracefulness of her motions solidified the experience and gave me a glimpse at some of the most fluid character animations I have seen yet in VR. FIREBIRD LA PÉRI has been available up until now on Steam for the HTC Vive headset as an early access title but will release as a full experience on August 19th coming to both Steam and the new HTC Viveport platform. I have been informed by Innerspace VR  that this experience will also be available for the Oculus Rift after the Touch controllers have launched.

You can get a copy of the experience here:

Founded in 2014, Innerspace creates new worlds in the unique storytelling language of VR, to immerse and captivate users on a deeper level. Innerspace VR has won top awards and the founders and team are considered to be leaders in the VR community.