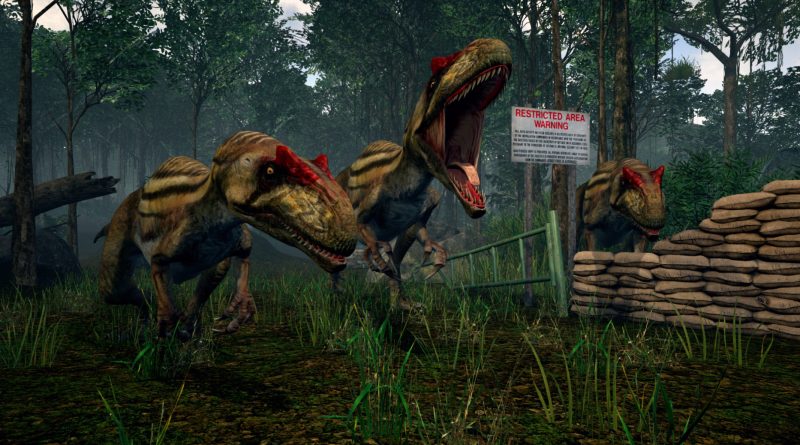 Here is a first look at the official video footage of Island 359 from CloudGate Studios, an exhilarating VR game that thrusts you into the jungle amongst killer dinosaurs.

Launching on VIVE Early Access this summer, Island 359 immerses you in an intense and thrilling experience that has you fighting for your life.

Dropped off on an island alone by way of helicopter, you have one mission: kill as many dinosaurs as possible, and then make your way safely off the island to collect your bounty.

Although you’re a trained mercenary with weapons and tools, the vicious dinosaurs are fighting for survival just as much as you are. Sprinting and hiding to outwit the dinosaurs, you’ll explore the expansive island in total isolation, and unsure of what’s around the corner.

After viewing the exciting video footage from the new game Island 359, I am very keen to play this one the Vive. I imagine that it will be a very nerve racking experience to try and navigate the island, trying not to make too much noise, avoiding the inevitable larger and larger dinosaurs to achieve the goal of money and escape.

Knowing my limited ability as an actual mercenary, I do believe that I would actually spend most of my time cowering under a wooden pallet throwing sticks at veloceraptors in a hope that they just go away and eat something else.

Will be an interesting and exciting game to play when released. I am certain that CloudGate games have hit on a winning formula, tuning into both the public love of all things Dinosaur and our secret desire to meet them face to face, albeit inside the protective mask of our head mounted displays. I for one am greatly looking forward to it.