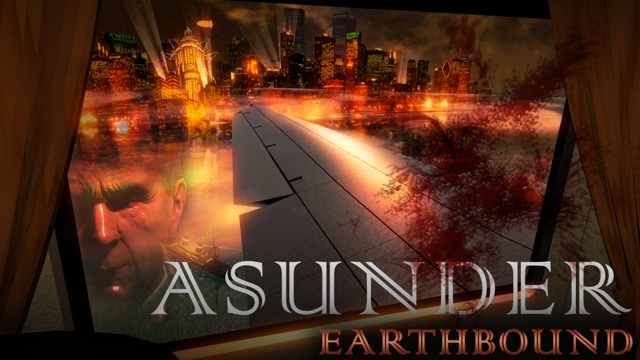 Horror
January 27, 2016June 7, 2022 ukrifter 450 Views asunder, horror, techdemo
Asunder is a game like no other and it was the first title I ever purchased for my DK1. It was later remastered for the DK2. To charge for this title was a little controversial at the time, many work in progress games and apps were and remain free of charge to a VR community largely made up of fellow developers. It was only a few pounds and with good content in short supply, I was happy to see something polished. The game was produced by “Aldin Dynamics”. An interesting aside, the same studio created a tech demo called “The Trial of the Rift Drifter” where you were informed by ominous judges that your entering into VR was in fact crossing bridges across dimensions and was forbidden, you were then cast into a jail. It was the first time I felt a sense of panic, the strangest sense that maybe, just maybe, if I removed my HMD I would find myself in this realm, expelled from my dimension. “The trial of the Rift Drifter” and “Asunder” shared a common mechanism which was very new to VR, you could interact with AI in the game by your gaze or by nodding or shaking your head. The impact of this simple trick on your sense of immersion is dramatic. In the opening scene I found myself locked in a dank, dark and claustrophobic jail cell, a rat scuttles by. The scene fade and the sound of barking dogs is heard in the distance, I am clambering out of a muddy escape tunnel. The background is set, I am an escaped convict – “Newt the Mute”, days pass and the next scene opens on a 1930’s passenger airline. At this point a grin spreads across my face. The details are beautiful. It is a cramped but opulent interior from a golden era of air travel, I exchange pleasantries with the occupant of the seat across the isle, all done with a series of nods and glances. He notices your handcuff which I have to quickly conceal. Various other events happen, all nicely voice acted, all requiring some interaction with the environment or AI character. My appreciation of the detailed environment and perfect scale soon gives way to an impending sense of unease as the weather takes a turn for the worse.

Lightening strikes, the plane shakes, something skuttles across the fuselage.

The elderly fellow passenger sips his whiskey and curses getting on the flight. I watch as the rain drums against the large square windows. Another flash quickly illuminates a spider-like figure on the wing, I turn and look back, it is gone. Did I see that? I am suddenly very feeling a strong sense of empathy toward William Shatner’s character in the classic Twilight Zone episode “Terror at 20000 feet”. More scuttling and scraping. The figure appears suddenly in the window across the isle. At this point my heart was firmly in my mouth. It disappears, more scraping, then a smash to your left. I turn to see the creature’s face is pressed against the cracked corner of your window. I pull the emergency hatch. The creature is struck by the flying door, the cabin rapidly de-pressurises and I find yourself flying peacefully through cloud and rain, the relief of being out of that environment and away from that terror is real, even though it means certain death, the plane disappears above. I hit the ocean with a deep gulping smash. I wake, washed up on a beach. Shaken but alive.

The game is not without its negatives, regular random crashes do break the immersion and I am yet to make a full run of the game without a crash. Also the game is very short, more a tech demo in reality. But the stunning film noire feel and art deco era design, coupled with the innovative interaction techniques and no complex controls means it was enough of an experience to easily justify the charge. It is one I go back to from time to time, certainly deserving a review here.

Brought to you by UKRifter of the VR Spies
www.vrspies.com