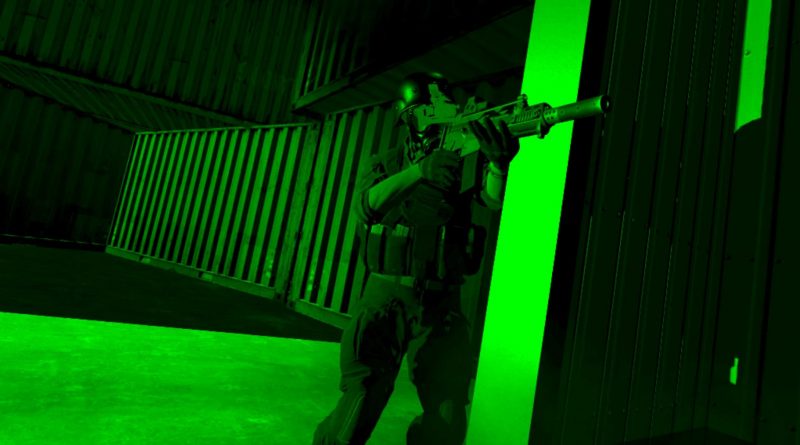 Onward: How Not To Get Shot

After all, you are too young to die

There are a number of things to keep in mind when trying to not get shot yet still be effective against the enemy. Situational Awareness, one of the most important factors in avoiding an untimely death. This section will deal with everything else that can help to keep you breathing for as long as humanly possible. How an individual moves around the battlefield is the most important aspect of “Not Getting Shot”. Proper movement will keep you alive, whereas sloppy movement tends to result in forcibly being ventilated by very small, very fast moving objects.

Move from cover to cover, or concealment to concealment. If you’re under fire, do so in short rushes. Ensure that you know where you’re going next before you start to move so that you don’t get caught out in the open without a clue. Keep good interval. Bunching up gets people killed. Try to keep at least five meters between yourself and any other players whenever possible. Ten meters is even better. Doing this will help to minimize the impact of enemy artillery, grenades, mines, other explosives, and the initial burst of fire from a surprise contact.
If the situation isn’t urgent, avoid sprinting. There is a tendency for players to sprint all over the place, regardless of the tactical situation. Inevitably this ends up getting people killed. Not only will you live longer, but it’ll make it that much easier for us to maintain decent interval and coverage of each other while moving towards enemy contact.Take a knee at halts. Kneeling or crouching lowers your exposure, which makes it harder for someone to hit you from a distance. Get into the habit of taking a knee any time that you’re halted for more than a second or two. If you expect to be stationary for a longer period of time, you may want to go prone and find cover or concealment.

Know where to go if the shit hits the fan. If you stay aware of your environment you should be able to instantly move towards cover or concealment if your team encounters unexpected contact. I’m up, they see me, I’m down. The basic “individual rush” consists of jumping up, sprinting forward a bit, and then diving prone. When doing a proper individual rush, the enemy will only have a few moments to see you, sight in on you, and attempt to shoot you. The “diving prone” at the end of each rush can also help to confuse the enemy as to whether he shot you or not. Having a fire team moving via individual rushes presents many short-exposure targets that are difficult to engage, and this method can be very successful at keeping a team alive while still making headway with movement. Walk when the situation warrants it. Walking allows you to keep your weapon up and ready to fire, and allows you to move slowly, deliberately, and with a great deal of caution. Walking is the standard movement mode when in urban or otherwise tight environments. It allows for a very high level of situational awareness and movement coordination to be achieved.
Don’t skyline yourself. Skylining is simply silhouetting yourself against the sky – this can happen when walking on the top of a piece of terrain that is higher in elevation than the enemy. If you absolutely must cross a ridge and think the enemy might be looking that way, go prone and try to cross the ridge where vegetation provides some amount of concealment.
If you take fire and go prone, the concealing effects of grass or brush can make this effective at longer ranges or in cluttered terrain.
Cover vs Concealment

The first rule of “not being shot” is ensuring that the enemy either cannot see you or cannot hit you, or both.

You will find that your primary goal on the battlefield is to find positions from which you have the most protection from enemy fire or observation yet also are able to put effective fires on the enemy . To do this, you will have to know the difference between ‘cover’ and ‘concealment’ and how to best take advantage of either.

You should strive to always be in cover or concealment when combat is ongoing. If the enemy cannot visually locate you, he will not be able to accurately shoot at you. Even if he does know where you are, hard cover can prevent him from effectively engaging you.

Concealment is anything that keeps the enemy from seeing you. Typically this comes in the form of brush, bushes, thin sheet metal or wood, and other materials that are easily penetrated by bullets.
Cover, on the other hand, is anything that keeps the enemy from hitting you with his fire. Anything solid enough to stop a bullet works – this includes tree trunks, brick walls, vehicle hulks, etc. Bear in mind that cover is only effective based upon what is being fired at you. While a brick wall might protect you from gun fire a grenade will make a mess of you in short order.

When on the move, keep your eyes peeled for cover and concealment that’s within easy reach. Try to move yourself in such a way that you’re concealed as much as possible, and whenever you’re not, know how to get to concealment or cover at the first sign of enemy contact. Avoid crossing open areas devoid of cover or concealment whenever you can.

Tucking Into Cover & Sight Displacement
Remember, if your ass is hanging out, it will get shot off. Shoot around cover while keeping an even larger amount of your body protected from fire. The fact that you can lean and move at the same time is quite useful, as it allows you to position yourself exactly how you’d like in the least amount of time possible.

Remember that peeking in and out from cover will be less effective- if you keep peeking out from the same position, with the same stance, the enemy may predict your pattern and have a bullet waiting for you next time you pop out. Try to alternate standing/crouching leans when possible, or find another position to fire from if you think they’re starting to zero in on you.

Accuracy and Exposure by Stance

The level of accuracy that you are able to acheive with your weapon is based upon the stance you take. Standing is the least stable stance, with crouched being more stable, and prone being the most.

You should get in the habit of taking a knee whenever firing at medium or long ranges, and even closer ranges if the situation permits. The benefit of taking a knee is twofold – one, you increase your accuracy. Two, you decrease your profile. The smaller you make yourself, the harder it is for the enemy to hit you. Simple stuff.

If you’re using a window or similar as a firing aperture, there are a few things to keep in mind.

The further you are from the window, the less area you will be able to observe, but the more protected you will be.

Go prone if you need to move around a room. Excessive movement when standing will only telegraph your position changes to the enemy. This can be catastrophic if a sniper is observing you. Crouch if you are engaging enemies at a mid to long range and can do so without the windowsill obstructing your line of fire.

Crouching is useful when the enemy is at mid to long range.

Stand if the enemy is close and crouching is no longer feasible. If you stay tucked in to the windowsill properly, you should fare well.

Firing from the standing position is useful if the enemy is at closer ranges.

In a pinch, vehicles can be used to provide cover from enemy fire. The effectiveness of this depends largely upon the type of vehicle used.

The basic guidelines to using vehicles as cover are as follows.

Get as far back as the situation allows. The further the enemy is from you, the further back you can safely get from the vehicle. If they’re close, you may have to tuck in pretty tightly and may just have to accept the risks that that brings.
Wheels act as good cover. Use them whenever possible. Depending on the elevation of the enemy relative to you, lying anywhere but behind the wheels may leave you vulnerable to their fire.